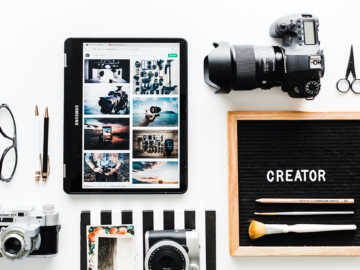 Don’t Give Up on Your Marketing Effort 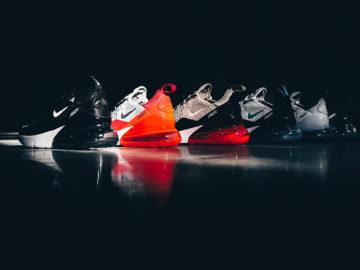 3 Characteristics That Every Great Brand Has

In today’s slow-to-listen-quick-to-speak world of social media and it’s generally one-sided perspectives and escalation of any action nature, at some point, as a brand, you will make a mistake.

More and more brands have come under fire for seemingly tone-deaf products, actions, and marketing. Last September, Los Angeles-based retailer Revolve pulled a sweatshirt that read “Being fat is not beautiful, it’s an excuse,” from its site. You may also remember, in last year’s Super Bowl, Fiat Chrysler (parent company of Dodge) used a Martin Luther King Jr. speech as part of its commercial, which drew the anger of viewers.

And if you think it’s isolated to smaller companies and brands where there might not be layers of reviews and approvals that act as checks and balances, just look at Adidas and their recent troubles with their Black History Month sneaker launch. A brief summary would be that as part of Black History Month collection, the global shoe brand announced one of the releases would be a new colorway and style for their UltraBoost athlesiure shoe. The issues arise out of the fact that the style would be in the “Uncaged” format for the shoe and the colorway would be the all-white version known as “Triple White”.

If you don’t see how this could pose a problem then keep reading.

If you do see the issues and are confused with how that could happen to such a large global brand, also keep reading.

The fall out is what you would imagine, the internet roared and Adidas removed the shoe from its collection, and issued a statement regretting its inclusion.

“Toward the latter stages of the design process, we added a running shoe to the collection that we later felt did not reflect the spirit or philosophy of how Adidas believes we should recognize and honor Black History Month,” the sportswear company said. “After careful consideration, we have decided to withdraw the product from the collection.”

So what happened yesterday?

It started off small and likely with good intent, as many things do. From what we have gathered from various sources on various sides of the issue, it started with a Facebook post by the Oregon City Police, thanking Benchmade Knives for assisting them.

For those of you unfamiliar with the brand, the Benchmade Knife Company is a knife manufacturer run in Oregon City, Oregon, United States. Its products are sold to numerous markets, such as outdoor sporting cutlery, rescue, law-enforcement, martial-arts, and military.

If the post had stopped there, it is unlikely there would have been an uproar within the tactical and sporting community. But it didn’t. The official Oregon City Police Department post in its entirety read “Thank you Benchmade Knife Company for assisting us today by cutting up guns that are ready to be destroyed.”

The post got seen, shared, and then quickly taken down, but not before it was saved and shared over various social channels and media outlets. That’s when the headlines started.

The Tactical Industry and the Erosion of Constitutional Rights

Online, people argued that this was yet another violation of their US Constitutional 2nd Amendment rights and violated property ownership and restoration rights. The Oregon City Police department issued statements about the legality of their actions and defended the reasoning for the destruction, but really that wasn’t the main issue.

People took issue with Benchmade’s involvement in the process and their subsequent response. The business and relationship side of a local knife manufacturer assisting with the destruction of non-knife-related material might seem a bit odd to some, but even that isn’t really the issue that many are having with the company’s response. In a statement posted to the company’s official social media accounts, they gave some background to what happened, how they were involved and then stated the following.

“Benchmade is a proud and unwavering supporter of both law enforcement and Second Amendment rights. These are commitments that we do not take lightly and will continue to support well into the future.”

Rather than taking a firm stance on either side, the statement has led many to feel that the brand is walking a knife’s edge, which is too sharp to support their historically loyal customer base.

Again, we should reiterate that mistakes happen to every person and every brand, you cannot and will not succeed in life if you can’t accept the reality of mistakes. However, when you look at the case of Adidas and you look at the recent Benchmade issues, there are points which we might be able to learn from.

In Benchmade’s case, there seems to be a bit of a disconnect with their brand message, their action, and their customer. Your business and brand are based and built on your customer and audience, don’t neglect them. Customer’s make and break businesses based on how they perceive they are valued. It costs the customer nothing to choose to no longer invest their time, trust, or money into your brand.

It gains you little to defend an issue that people might have with your brand, your personnel, or you as an individual. If they have an issue or think you made a mistake, arguing with them or defending your point of view or logic will likely not convince anyone. If you doubt this, ask yourself when the last time someone argued their way into changing your opinion on something was.

As leaders, action-takers, and managers, we often have a troubleshooting/problem-solving mindset, which is good. Sometimes we put the cart before the horse and make decisions before thinking a thing all the way through, which is bad. Sometimes we talk before listening, which is even worse. Rather than over-stating a response, simply acknowledging that there was an issue and that your brand will work better to improve itself is usually the best practice.

Just like FYRE Festival and and every Kickstarter ever, sometimes things don’t work out and expectations are not met. Don’t stay in triage mode forever attempting to right a wrong. Own your brand, own your mistakes, own your solution, and move on.

I’ve worked with various members of the Benchmade team and have listened to their heart and passion for what they do. I’ve been to their factory where they manufacture each of their knives in Oregon by local craftsmen. I’ve seen the pride they take in their customer care and support through programs such as LifeSharp and their warranties. Whether you feel lines were crossed or not, remember that we all make mistakes, we don’t always see eye to eye, and that you can always find an issue you disagree on if you look hard enough.

Benchmade has been making incredible, leading-class, world-famous blades out at the highest quality for 40 years, they support customers through ups and downs, so I think it’s time for their customers to return the favor.